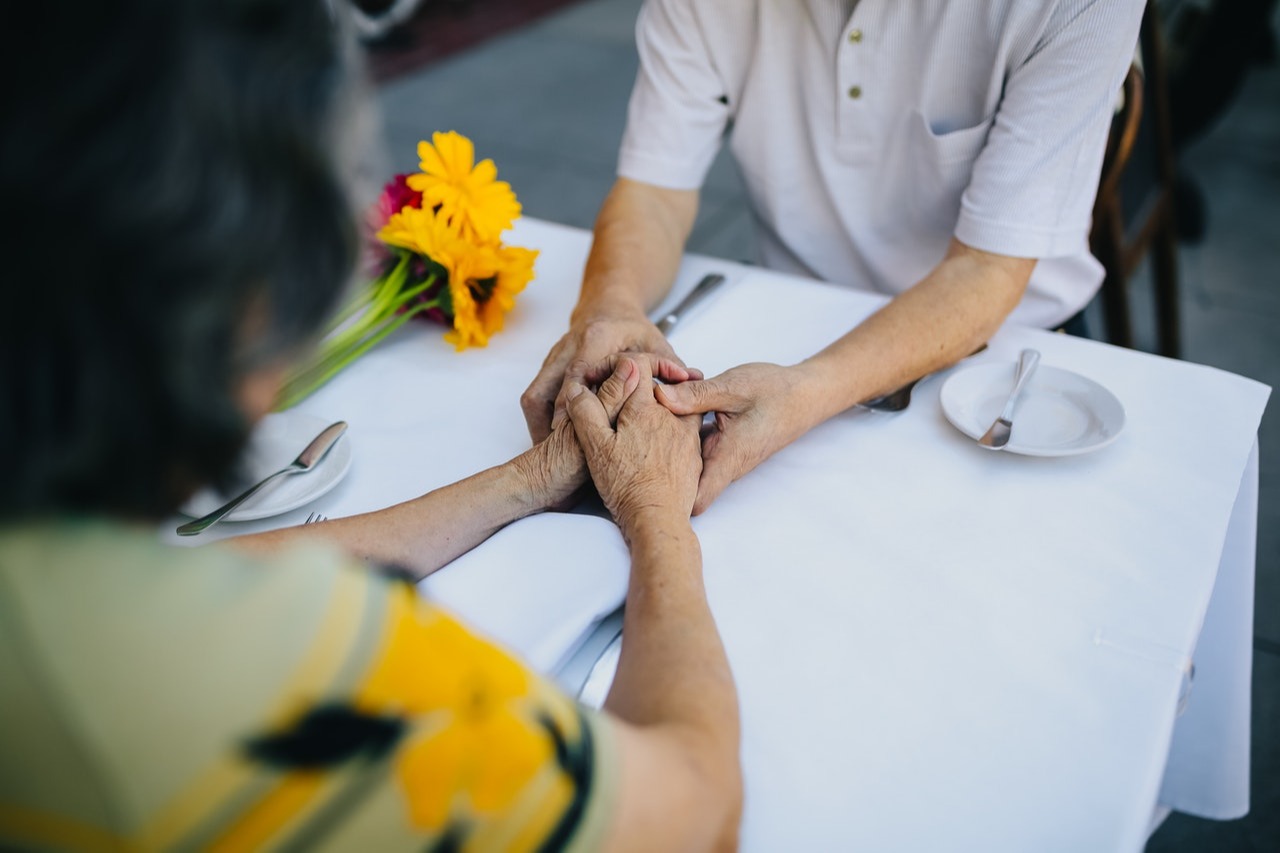 My mother-in-law passed away a couple months ago. After a short stay in hospice, she passed on October 1st of 2021. Mary Rae Zbiegien was 84. She was married for over 62 years to Mike Zbiegien. She is survived by three children, 6 grandchildren and three great grandchildren. Michelle, my wife, was their youngest.

Mom and Dad were both elementary school teachers in Ohio. They retired and moved to Las Vegas, Nevada. Their reasoning was to be closer to their two daughters in California. They also liked the fact that neither of their teacher’s pension would have state income tax imposed. They lived together in Nevada for about 20 years.

Over the course of their time in Las Vegas, they asked me to help them with a couple of their investment accounts and the long-term care insurance contract they had purchased years earlier. I admit, early on, I was uncomfortable discussing their investments, retirement planning, or most importantly, their estate planning with them. I did not want to be the son-in-law that seemed too interested in their assets.

Fast forward to two years ago. While they were still healthy and attending family events, it was evident they were slowing down. Mary Rae even more so. It was more difficult to travel, simply getting around town was tough. The doctor’s appointments started becoming more frequent. Michelle (a retired Registered Nurse) began making more trips to the doctor with her parents. She and her sister were very helpful to both their mom and dad making sure the right questions were being asked, the proper treatment was put in place and the medications were organized for mom.

During this time, Michelle became worried about her father when her mom did pass away. She asked me to “take charge” from a financial aspect. I knew I was probably the most equipped to do this, so I started the process of understanding their income stream (including two teacher’s pension plans), their expenses, their debt, their wishes for end of life and their assets. We started having frank discussions about what would happen. No one wants to admit they are near the end, but I have seen in my work with many of my clients AND what I have learned with this experience, the sooner this discussion takes place, the better it is for those we leave behind.

I have been involved with several clients that did not “have their financial house” together. They may believe they have pieces in place, but there needs to be a review WHILE we are still here to make sure it truly is in place. This would involve not only the assets, but the titling of the assets, the planned debt replacement, the remaining income, but how do we avoid the headaches that can happen for the heirs when the estate planning is not done and in place.

For the Zbiegiens, I found an estate planning attorney that would come to their home in Las Vegas. I sat with Mary Rae and Mike, along with my wife, and helped answer the questions that needed to be asked. They did not have a living trust in place. The main concern was that their three children were to receive everything when they did pass, but their assets were not protected from probate. Dying with no living trust in place leaves your assets open to probate costs and the delay that accompanies that. This means the kids would have trouble settling the estate waiting for the courts to get around to making sure the three kids were the actual beneficiaries. This means the possibility of having to file tax returns that would normally be unnecessary.

Three weeks later, the trust was ready for review. We reviewed the trust, had it signed by both Mary Rae and Mike with their signatures notarized. The attorney pulled the deed of the house and put the home in the trust. She also gave us instructions on how to take their non-retirement assets (checking and savings account at the bank) to put those accounts in the trust. Finally, I doublechecked their beneficiaries on their retirement accounts and their life insurance. They were set. They both told me how much better they felt. They asked me to be the executor of the trust (the one who makes sure everything is done on the second passing). They knew they needed to have all of this done, but they didn’t know how to start and what had to be done. I think that is VERY common.

In my experience with most married or long-term couples, one of them usually takes charge. They may do a lot of research, ask their friends, co-workers and believe they are doing the right thing. Many times, they are doing this without the other spouse really knowing or understanding. Truth be told, most of those spouses just “trust” that the involved spouse has everything in place. The problem with that is if the “involved spouse” passes away first, the “trusting spouse” may be lost. In addition to grieving, they are trying to figure out how to pay the bills and move forward. They relied on that spouse. The “involved spouse” knew the plan. They knew the passwords, where the assets were, who the beneficiaries were on the retirement accounts, how much life insurance we had (and was it enough), and the employer benefits. Some of our best clients realize that while they know they have done much of the work, they need a second opinion. Maybe more importantly, they want someone they can rely on to take care of their surviving spouse and/or family if they pass away too soon. The second opinion can bring a lot of comfort to both parties.

My wife chose our family’s financial planner. He was someone that she felt if I wasn’t here, she could easily talk with about my wishes and know what I had set in place for her and our family. My point is, if I, knowing what I know, have a family financial planner, why wouldn’t I suggest that for anyone who really cares about their family have a financial planner as a sounding board and a trusted guide for their family?

To finish up my parents’ story. Mom passed. I spent a week with dad. Along with Michelle’s sister and her aunt, we went through her desk and discarded a lot of her old files. For the most part, she was the “take charge” spouse who paid most of the bills. She had some automatic deductions in place. Before I arrived for that week, Michelle’s sister and aunt reviewed her last credit card statements, reviewed her old emails for automatic deductions, made calls to banks and ended up cancelling many of her credit cards.

Mom and dad had separate checking accounts. Their pensions were directly deposited into each of their accounts. Dad paid the mortgage and the car payment, mom paid everything else. Dad and I took a trip to the bank. The intention was to make sure he had access to both her checking account as well as a savings account she had for herself. We also wanted to remove the ability for her to sign on any transactions (we did not want imposters coming in). We also know once the obituary is filed, scammers are more prevalent on the widow(er). Fortunately, it was very easy. We presented the death certificate and because the accounts were held in the trust, dad had complete access to all of the money at the bank because they were both listed as co-trustees. As we left, I asked the bank to list me as the “Trusted Contact” for dad’s accounts (in the event they could not locate him).

Dad Today
I tried to set him up for some automatic bill payments. We tried to have his car payment paid directly online. He let this go one month and then asked me to stop it. He actually likes the activity of writing the check out, getting a stamp on an envelope, and mailing it.

I did buy him his first Apple product. I bought him a mini iPad so he could Facetime his kids and grandkids. Also, we are trying to help him to monitor his banking accounts online. He is working on this. He is getting better, but I know this will take time. This is an 87-year-old man learning to live on his own. He is healthy, walks every day, enjoys his G-Scale trains and flying his model planes. But what he loves most is seeing his kids and grandkids. He is looking forward to spending time with us in the spring so he can watch my youngest play college baseball. He is enjoying his best life. His life has changed but his children are relieved of the order it is in.